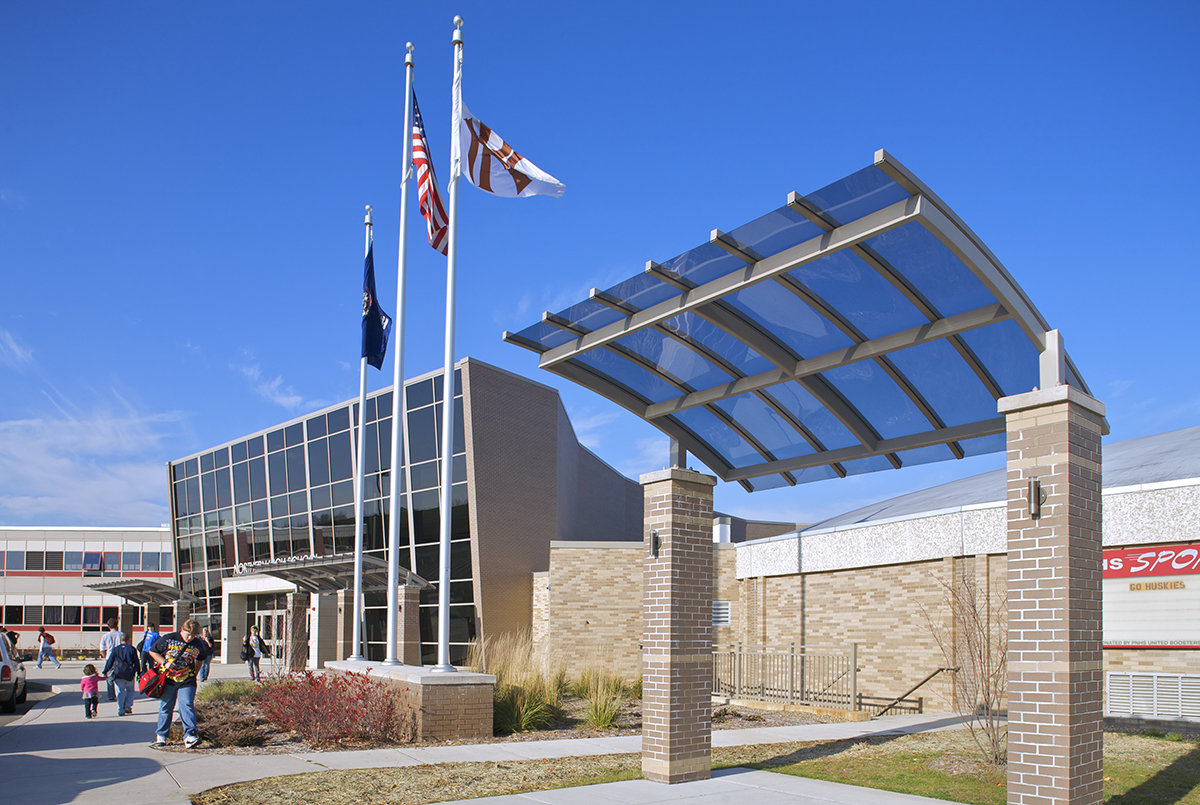 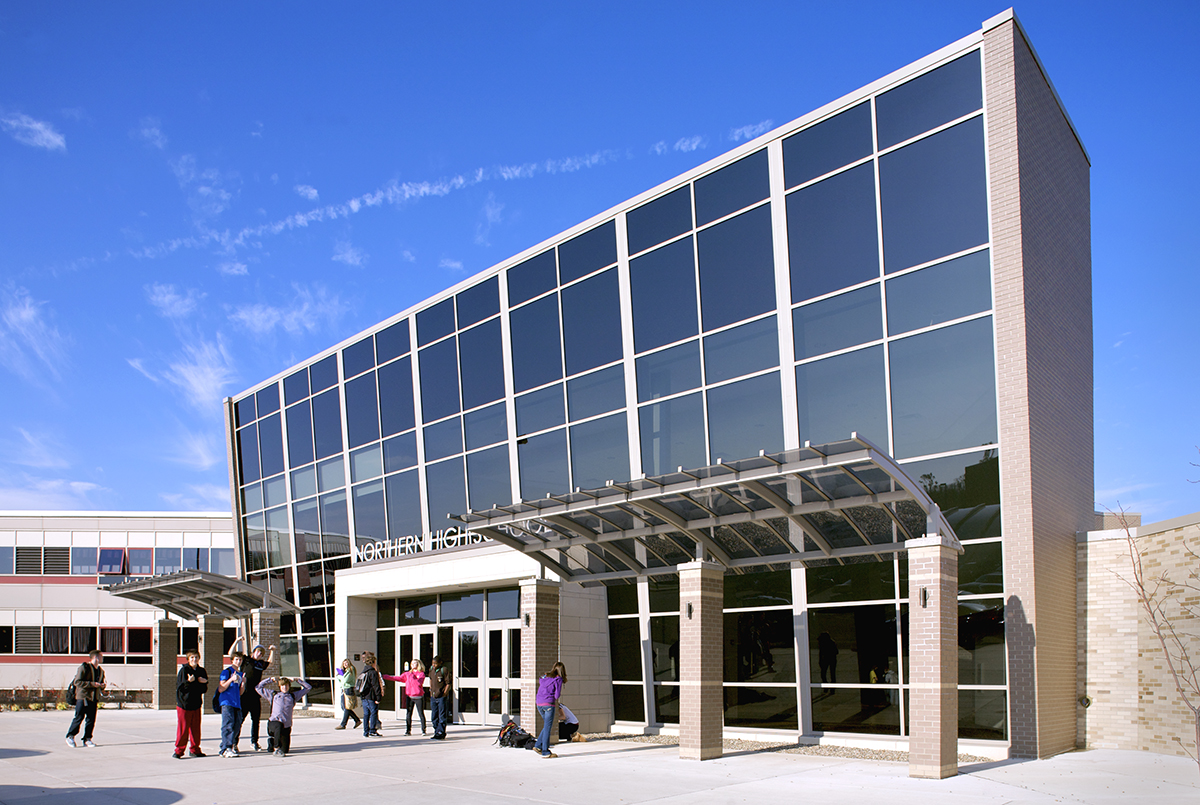 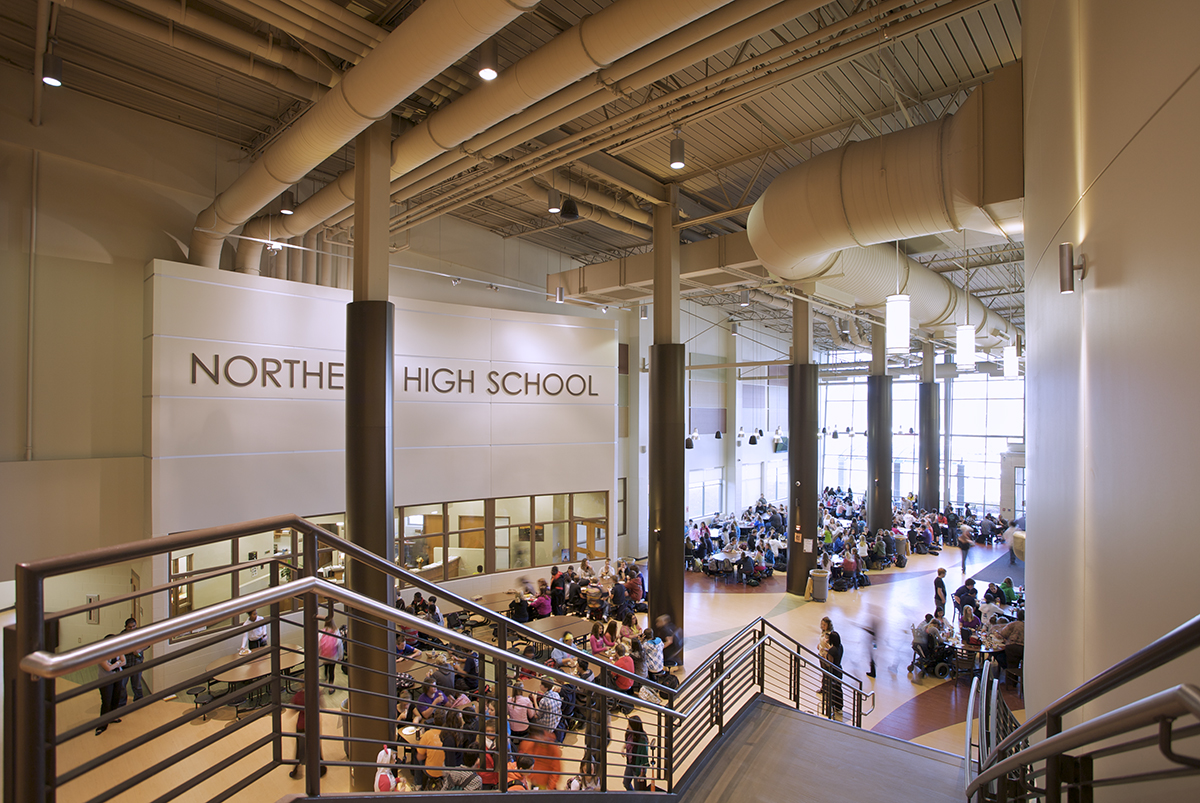 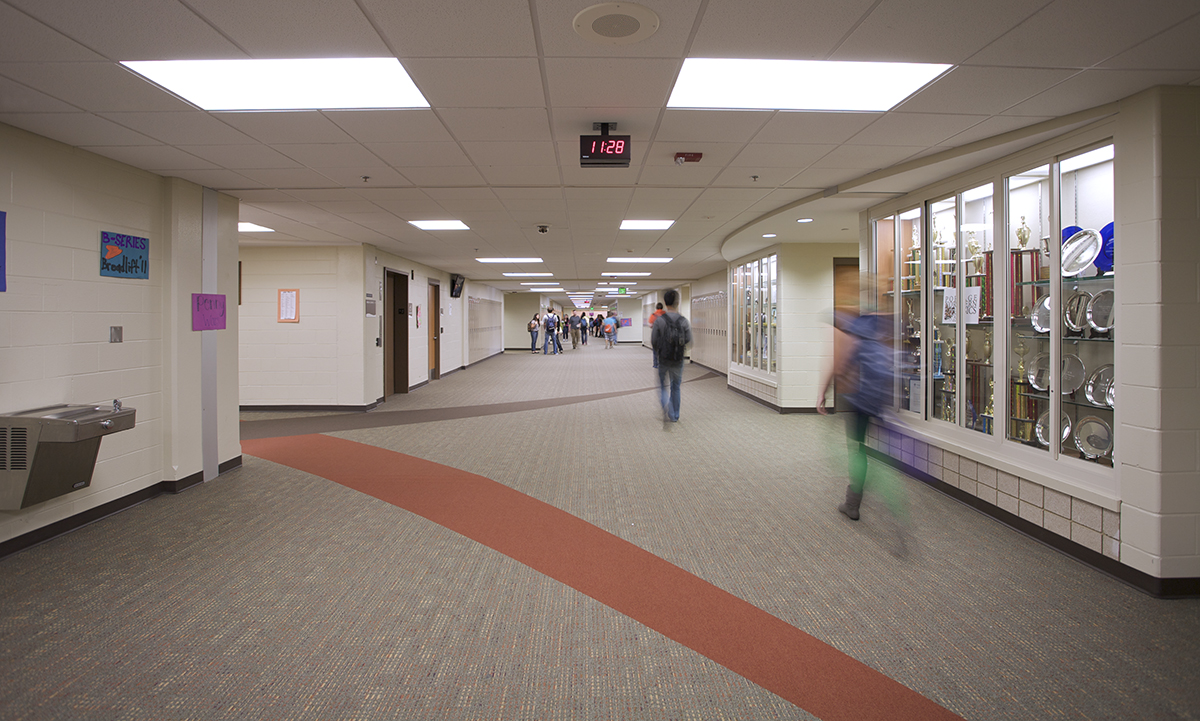 As part of a bond proposal passed by Portage Public School District in 2007, Portage Northern High School underwent a major renovation/addition. The High School is comprised primarily of four levels of which three are stacked directly on top of one another and the fourth is offset by a partial level. All four existing levels were demolished within the shell of the existing structure and redesigned to accommodate current space planning needs and curriculum. A new commons/dining addition was added that included a multi-leveled environment used for dining, after school events, intermission space for athletic events, and central core for vertical circulation.

Though this facility underwent such a large scale renovation it was required that the building remain occupied at all times during the school year. As a result, an extremely high level of drawing coordination was required to appropriately phase the construction package along with a high level of project oversight during construction.