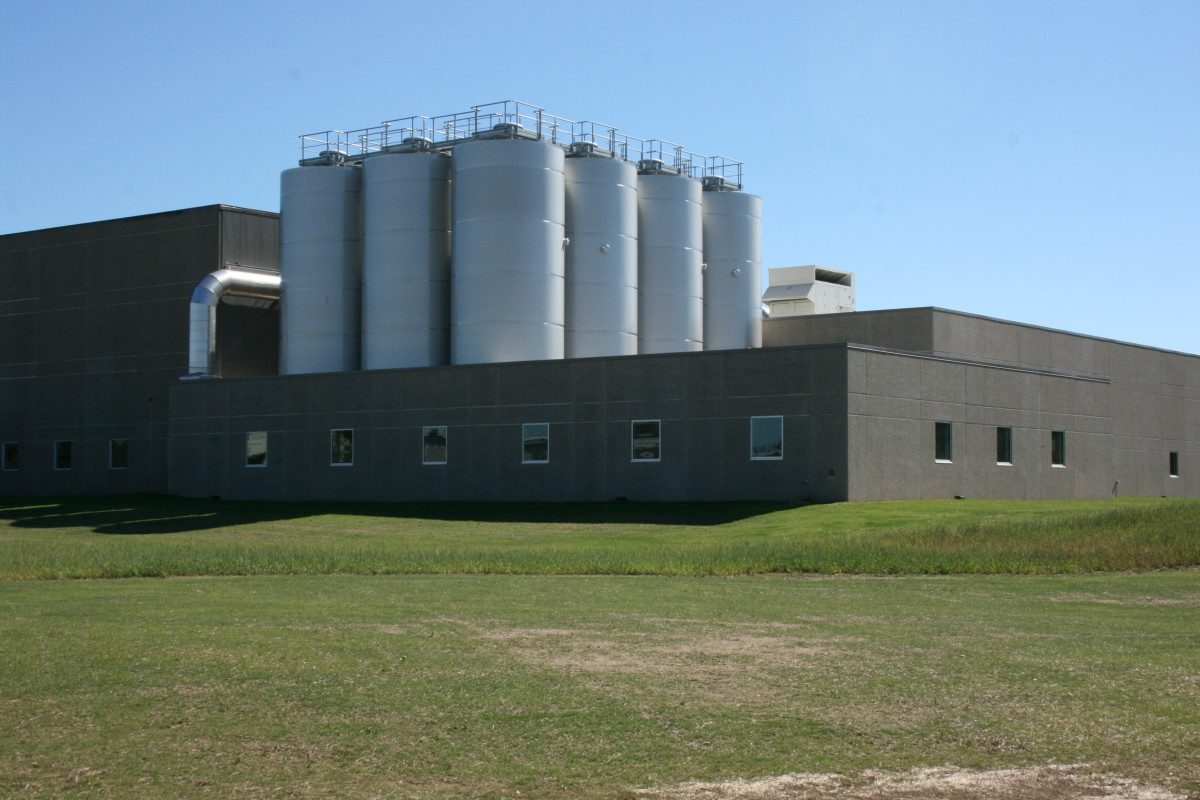 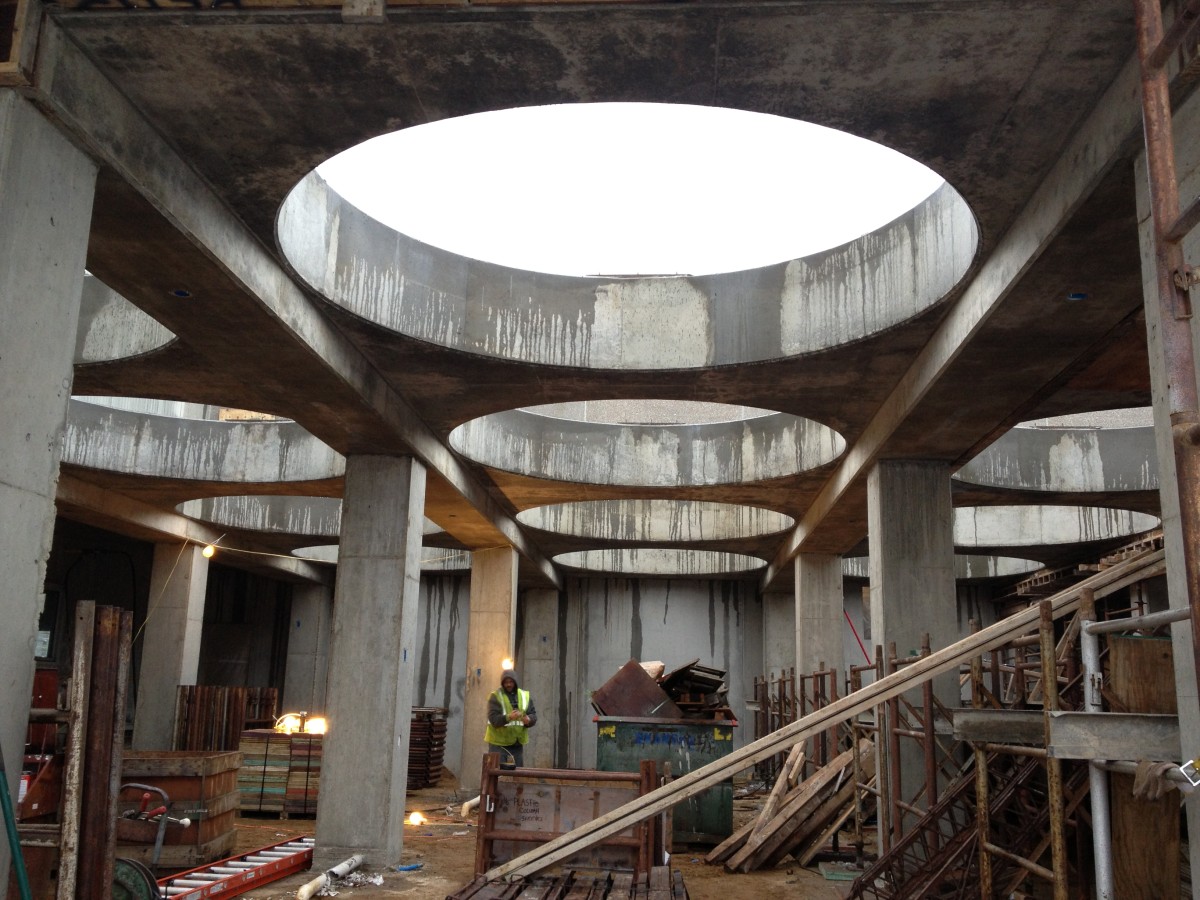 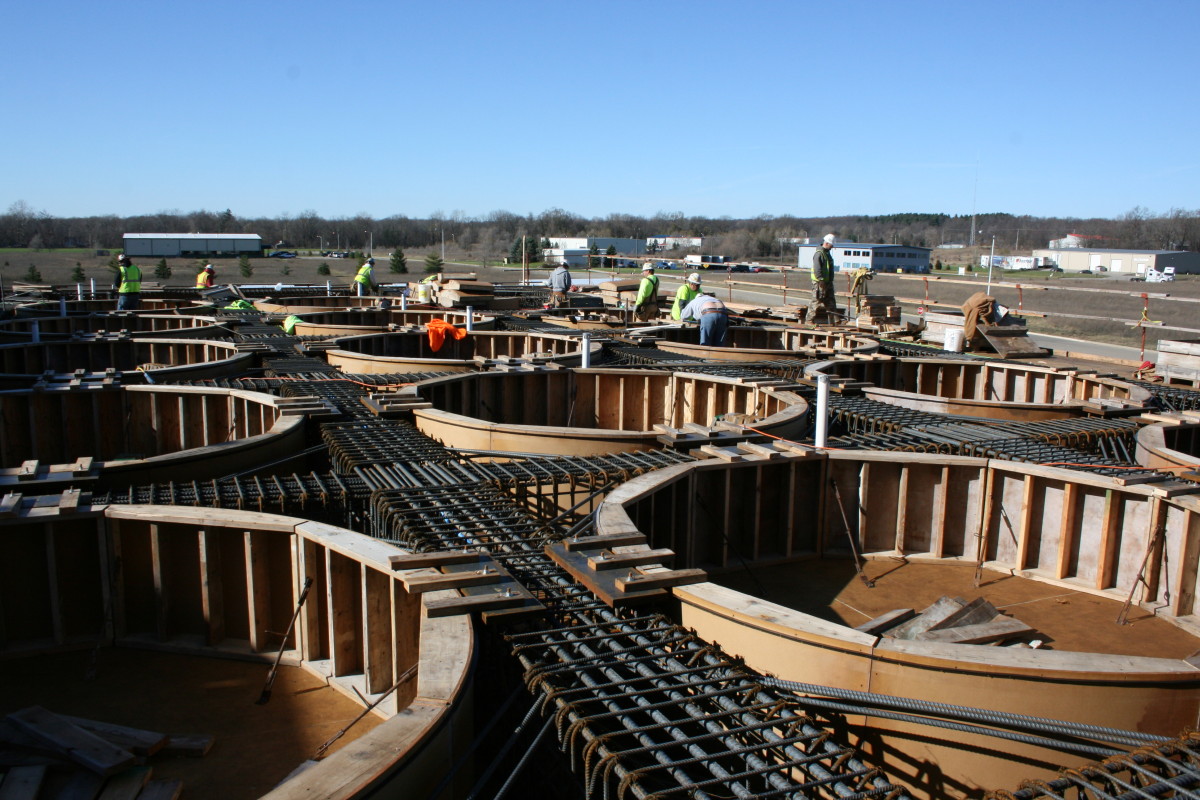 Design Program:  Bell’s Brewery, Inc. requested professional services for a fermentation and canning expansion to its Comstock, Michigan facility. The addition was designed to support (24) 800 barrel fermentation tanks. The fermentation tanks are prefabricated tanks, 14 feet in diameter by 30 feet tall and are set on a support structure 18 feet above the main floor. The support structure allows each tank to penetrate through and be suspended approximately 6 feet above the main floor for access of plant personnel. The support structure also serves as the roof of the building. The building itself was designed with dimensions of roughly 110 feet by 70 feet and extend from the west wall of the existing fermentation building. The structure was designed to support normal tank volumes of 800BBL and also emergency tank volumes of 1200BBL. For seismic analysis, the structure was designed with the tanks at their normal working volume of 800BBL.

Design Challenges:  The most common way for breweries to set up fermentation cellars is to surround a grouping of fermentation tanks with a building shell having a roof six feet or so above the top of the tank manway access ports.  The challenge on this project was the enormity of the tanks that needed to be double the size and capacity of existing tanks at the brewery.  Because only the lower part of the tank requires regular worker access; it was decided that the most logical approach would be for the owner to purchase insulated tanks that could remain exposed to the elements above the conditioned space below.  As such, the roof of the occupied space was designed to also serve as the support structure for the tanks.  Non-load bearing precast wall panels were designed to wrap the perimeter of the conditioned space and were designed to be removed for future expansion if needed.